This year the Republic of Latvia celebrates its one-hundredth anniversary. Yet, since the year of its establishment, 1918, the young Republic has suffered half a century of destruction, deportation and oppression. Soon after the beginning of World War II, the country was overrun by Soviet troops, followed by long years of oppression and occupation under the Soviets, from 1940-1941, and under the Nazis, from summer 1941 on. 1941 was the most terrible year of all, as the two occupational powers wiped out ca. 100 000 people or 5% of Latvia’s population – among them more than 70 000, who were shot dead by members of the German occupying forces. Following its re-occupation by the Red Army in 1944, the country, now re-established as the Latvian Soviet Socialist Republic, suffered severe mass deportation and the persecution of its freedom-loving proponents at the hands of the totalitarian regime. Even after its declaration of sovereignty (1990), when hundreds of thousands of people took to the streets and spent several days in the old town of Riga on barricades to protect important buildings from Soviet troops and Ministry of the Interior special units, five people were killed. Among the victims were two Latvian cameramen who were documenting the events. Until Latvia regained its present day independence, spying on citizens, control and censorship carried out by alternating enemies and supposed friends were emblematic societal and political phenomena.

In politics, friendship is but a metaphor for downright interest. Hence, even today, there are many reasons to stay alert, be it in the face of implicit political influencing, or the clear-cut interests of privately owned global companies.

Knowledge is power. Whoever controls the flow of information holds even greater power. This applies particularly to the digital culture of our day, because there are no limits to tracking and manipulating all the information on the World Wide Web.

The euphoric use of mobile communication devices has contributed to connecting billions of people all over the world. Countless bits of data and content are generated each day and transmitted across the globe within seconds. Even before reaching their recipients, massive amounts of data are intercepted by private companies and government agencies, checked, and then used for their purposes. High hopes for increased democratic participation have been pinned on digital forms of communication, yet recently they have been converted and perverted to become ideal door-openers for the surveillance and control of billions of people.

Whoever uses them is being used.

This is the proviso to which we have all acquiesced in order to profit from these convenient modes of communication. Smartphones, which accompany their users on every step they take, are infected with spyware and can be used as surveillance cameras and listening devices without their owners’ consent or knowledge. Our location and movement profiles can be tracked at any time. Our browsing and consumer behaviour, our contacts, our preferences and our weaknesses can be tracked, analysed and passed on at any time without our knowledge.

Surveillance and censorship are mutually dependent; they cannot be viewed separately. It has always been well known that the surveillance of citizens, institutions, and companies, indeed, including the monitoring of democratically elected politicians and parliaments or of journalists and lawyers, is a secret task of government agencies. Recently, however, this tradition of government-legitimized spying on all citizens has expanded to include additional spying by powerful service providers and business enterprises. At the same time, courageous journalists, who disclose information that carries enormous importance to society such as illegal surveillance activities, censorship and torture by governmental institutions, are prosecuted and punished. Even in our day, journalists, artists and writers critical of the system and whistle-blowers are branded as traitors. They are threatened with bans on publishing their work, house arrest and travel bans, life imprisonment or even death. Of late, in particular, cases of persecution of journalists across borders and even murder have transpired, some of them in countries with democratic constitutions.

Following the persecution of millions at the hand of the Nazis, George Orwell’s metaphorically condensed, omnipresent, God-like authority, Big Brother, became a first of its kind representing state control by means of electronic media. Under Stalin’s dictatorship, millions of people were sent to prisons and camps, tortured and killed. During the anti-Communist purges of the McCarthy era in the USA, too, people were hounded for their love of freedom. No less does this apply to the Latvian people under the Nazi regime, and well as during the Stalin era and afterwards. As the dictatorships of Franco in Spain and Salazar in Portugal, the regimes of Pinochet, Suharto, and Ceaușescu, the German Democratic Republic owed its continued existence until 1989 to the blanket system of informers. Likewise, in all Eastern European countries secret services exerted extremely far-reaching control.

At least since 1947, the global espionage network Echelon operated by the Five Eyes – USA, Canada, Great Britain, Australia, and New Zealand – has focused on spying on political, commercial, as well as on private communications, both in the East and the West. Since its occupation in 1944 by the Soviets until the restoration of independence, all postal, telephone, and radio communications in Latvia were monitored.

For around three decades, digital networks have permitted the automated, targeted blanket interception, processing and storing of information available on the Internet as well as targeted spying on users worldwide, anytime. The courageous disclosures of Edward Snowden and other whistle blowers have made it clear that the capabilities of total electronic surveillance by intelligence agencies in the West and the East are being developed and implemented on the broadest possible basis. The manipulation of public opinion by entire armies of ‘trolls’ in the run-up to democratic elections, which has lately been confirmed, is part of a repertoire of intransparent schemes, just as the hacking of the digital infrastructure of governments and non-state organisations.

In addition to the mass analysis of communication metadata in electronic networks and direct interception of the data of individuals, open or clandestine censorship through interference, manipulation and shutdown is becoming increasingly commonplace. When fear of imminent censorship does not work, important information is withheld from the general public by keeping out journalists and controlling them (by using decoys), by preventing publication and impeding reporting on entire themes. Lately, the unapologetic dissemination of ‘alternative news’ has been broadly used for political swaying.

Actual or alleged security threats posed by the disclosure of information and, ultimately, the foiling of terrorist attacks have always served as typical excuses for censorship. Security has thus become the common, cheap catchword to justify whatever authoritarian measures. The control and manipulation of communication and information, as well as surveillance and punishment may not only serve to guarantee citizen security, but also to bolster illegitimate power. However, the use of such methods is always attributed to the ideological adversary only.

Nobody today has an overview of the technical possibilities for surveillance and censorship of electronic networks. It has been well established that state agencies are conducting far reaching, politically motivated spying activities, but we have also known for a long time about the massive influence of commercial companies on the public and the private sphere, on political and economic decisions, and on our individual everyday behavior. Globally operating companies whose stock trades at high prices on the stock exchanges such as Alphabet, Amazon, Google, Facebook, Microsoft, Apple and many others intentionally utilize their users’ dependency on all kinds of social media by gathering mass data.

Being at the mercy of overwhelmingly powerful authorities of control and censorship has become the conditio humana, the basic condition of our culture.

To some extent, we are still capable of realizing this and reflecting upon it, but apparently, we cannot reverse or undo it. We have become accustomed to this situation, just as we are not deterred by the myriads of video cameras on the way to work or on our way back home. We are well on the way to accepting surveillance and censorship as given, just as we have learned to accept other conditions as facts of our modern existence – traffic noise, ubiquitous advertising, environmental pollution, and our insignificance in the political arena.

In spite of these highly alarming findings, a large section of the public has already given up in the face of the ubiquitous presence of state and commercial surveillance. Our grandchildren will hopefully still be able to ask us what we did about it; in a totalitarian society such questions will no longer be posed.

The exhibition GLOBAL CONTROL AND CENSORSHIP investigates the inexorable penetration of surveillance and censorship into our everyday lives. It is based on collaboration with ZKM | Zentrum für Kunst und Medien Karlsruhe [Center for Art and Media Karlsruhe] and with the Arbeitsgruppe Netzpolitik [Internet Governance Group] at the Institute of Political Science of Heidelberg University and the Kompetenzzentrum für angewandte Sicherheitstechnologie (KASTEL) [Center of Excellence for Applied Security Technology] at the Karlsruhe Institute of Technology (KIT). Other important partners in

this endeavor are Reporters Without Borders, the Chaos Computer Club e.V. (CCC), and netzpolitik.org.

This exhibition owes a great debt of thanks to all the whistle-blowers who had and still have the courage to reveal the undemocratic practices of states and commercial enterprises to the general public.

The exhibition is organized by the Goethe-Institut Riga and RIXC (The Center for New Media Culture in Riga) at the National Library of Latvia. It is curated by Bernhard Serexhe and Lívia Nolasco-Rózsás.

Lívia Nolasco-Rózsás has been curating and co-curating exhibitions at contemporary art institutions throughout Europe since 2006. These events have fostered dialogues between different geographical locations focusing on the constantly changing media of contemporary art and intersections with various disciplines. She initiated and developed thematic exhibitions raising various questions such as the genealogy and social impact of planetary computation and computer code, electronic surveillance and democracy, functions and processes of science in relation to automated economy, mediated visions of built environments, and synesthetic perception related to integration of minority groups in contemporary art mediation. Her activity has mainly been affiliated with two institutions: Kunsthalle Budapest and ZKM | Center for Art and Media Karlsruhe. She has been published in art magazines and worked as international editor at Flash Art Hungary.

2006-16 chief curator of ZKM | Media Museum Karlsruhe, Ph. D. on the Cathedral Saint-Lazare in Autun, Burgundy (France), consultant for the Council of Europe, 1994 – 97 curator of ZKM | Media Museum, 1998-05 head of ZKM | Museum Communications, since 1998 lecturer media art and museology at the State Academy of Fine Arts St. Petersburg and the Universities of Berne, Basel and Karlsruhe, 2008-12 professor for aesthetics and media theory at Istanbul BILGI-University, since 2010 director of the EU Research Project www.digitalartconservation.org, since 2016 independent curator and certified expert for electronic and digital art; lecturer for the conservation and curation of media art at the University of Berne, Switzerland, and Bilkent University, Ankara, Turkey; 2016-19 ongoing international exhibitions, consulting and expertise on the preservation of digital media art. 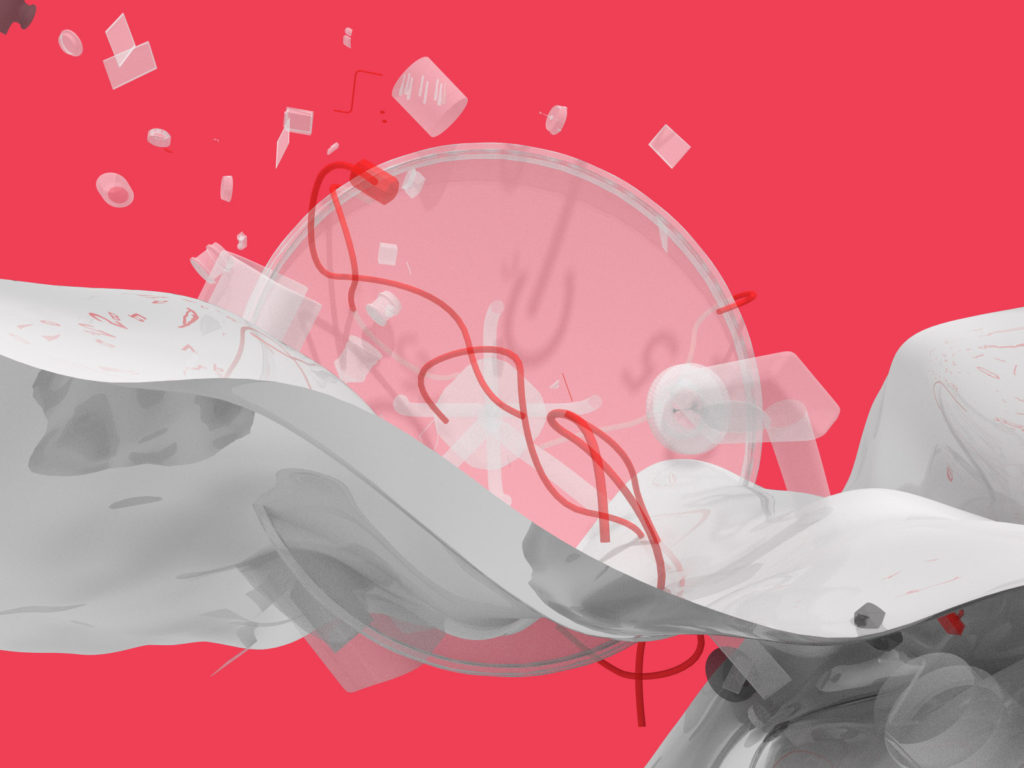